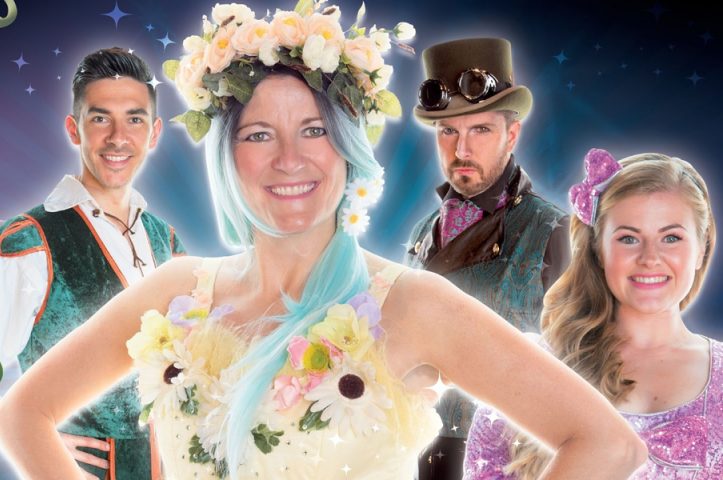 If I’m being truthful it was with a certain level of trepidation that I approached this year’s RCT panto.

And there was one sizeable reason for that – and his name was Frank Vickery.

Since the formation of the company which stages the annual panto in Aberdare and Treorchy, the Welsh playwright and consummate dame has been the driving force of the shows.

His unexpected death earlier this year was a huge blow for everybody involved in the company. What happened next? Should the show go on? How do you replace somebody as inextricably linked with the RCT panto as Frank? These were all huge questions director and writer Richard Tunley, together with the cast and crew had to answer.

Thankfully, it was quickly decided that what Frank would have wanted most is for the show to go on.

Of course, it was different without his sizeable presence on stage, but it was with no little enthusiasm that the crowd threw themselves headlong into another superlative knockabout romp.

The cast brilliantly surmounted the lack of a dame by deploying a genius plot device that allowed Vickery’s ‘voice’ to be heard once again.

What RCT pantos have over many of their big city rivals is heart and soul. A lack of technical budget means storytelling is paramount. In Tunley they have a master of his craft and in a cast which is more one big family, where a core of cast members return every year, there is continuity and camaraderie.

The interplay between Lee Gilbert (as the sinister Fleshcreep), our hero (Maxwell James as Jack Trot) and his younger brother, the always livewire Ryan Owen was an exuberant joy.

They looked like they were having the best time – and that’s because they were.

There were some beautiful nods to Vickery’s memory – not revealed here so as not to spoil the poignancy or emotional impact, but by the end of the pantomime you will have had tears in your eyes – either through laughter or the tug of the heartstrings.

Jack and the Beanstalk is a fitting tribute to Vickery, but ultimately a wonderful panto.