This inspiring building dominates the skyline of Treorchy. Its programme of events includes music, comedy, drama and community events. Digital 3D cinema screenings are also an essential part of the programme.

HOW TO FIND THE PARK & DARE TREORCHY

From the east using the M4:
Leave the M4 at junction 32, and then take the A470 to Pontypridd. From there, follow signs marked Rhondda Valleys. (Please note: after coming out of Porth, at the mini-roundabout that has the Apollo Hotel Pub on the left corner – take the first exit (left).

From the west using the M4:
Leave the M4 at junction 34, then take the A4119 and follow signs to the Rhondda Valleys and Treorchy, on the A4058.

Once in Treorchy, at the traffic light junction that has The Stag pub on the left, turn left onto the A4061 for Cwmparc (Station Road), and the theatre is on the right, just over the bridge. Turn the next right into Dyfodwg Street and then immediately left to get to the free car park behind Treorchy Library.

In Person: during the Box Office opening times listed above

The Park & Dare has a 660 seat raked auditorium starting at row P in the stalls and working upwards and away from the stage. There are some pillars in the auditorium and these are clearly marked on the seating plan. 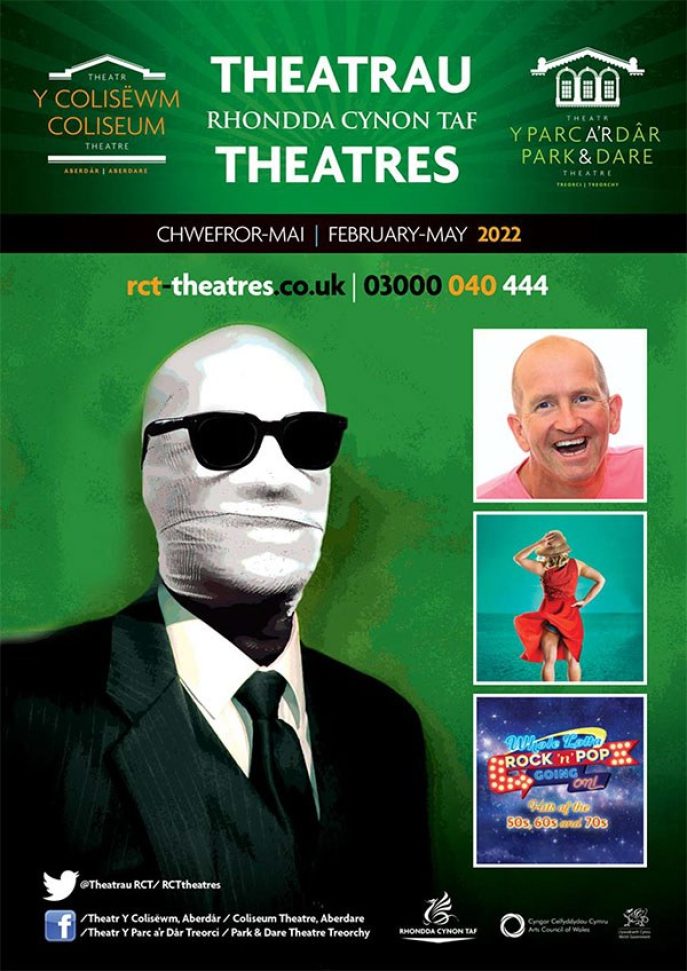 Here’s our brand new season of shows at The Coliseum and The Park & Dare Theatres.
Packed with music, drama, comedy, children’s events and community performances, there’s a brilliant show here just for you!