EnglishCymraeg
Back to news 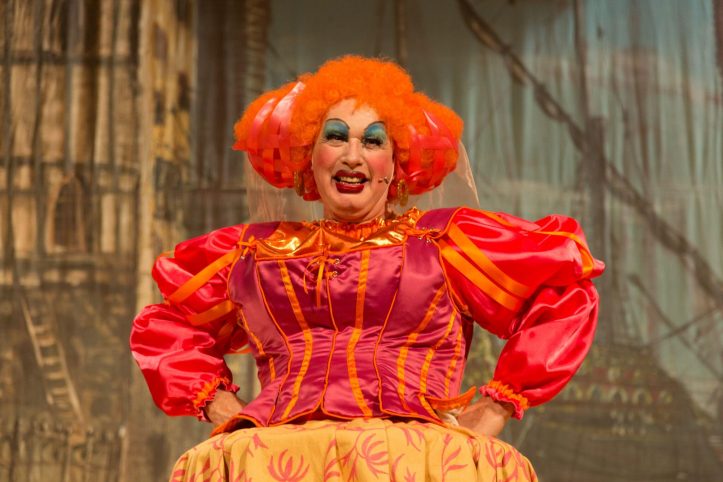 It’s that time of year. Oh yes it is!

Panto season is upon us and the rest of the year is behind you.

Luckily for those of us who love the sorts of all-singing, all-dancing, rip-roaring fun, that pantomime brings, RCT Theatres’ latest offering Dick Whittington ticks every box and some seemingly yet to be discovered.

In fact, there is so much going on this brilliant production that you half expect a stray kitchen sink to be randomly thrown into the mix.

Starring Stella’s Di Botcher as Fairy Aunty Bow Bells, playwright and expert panto dame Frank Vickery as Sarah The Cook, and veteran valleys’ entertainer Johnny Tudor playing Alderman Fitzwarren, the expectation levels were high before a boo or a hiss had been dispatched in anger as the story of our eponymous hero and his quest to make his fortune in London unfolded before our eyes.

Aided by his trusty sidekick - Tommy The Cat, Dick may have quickly discovered that the streets were not paved with gold, but it’s fitting that a story about a man who heads to London to seek his fortune, glitters and sparkles like a precious gem.

While big city pantos may be awash with special effects and the highest of production values, it’s the quality of the script and the sheer brilliance of the performers that raise this production above the level of exceptional.

Much of this is down to the expert, guiding hand of writer and director Richard Tunley, a man who has considerable expertise in serving up comedic treats thanks to his extensive work with the esteemable Black Rat Productions.

This hilarious production never lets up as the action moves along at a whipcracking pace with plenty of dazzling songs, impressive choreography - especially from the young performers of the RCT TakepART scheme - and comedic slapstick aplenty.

In the hands of Botcher, Tudor and Vickery - who has more extravagant costume changes than Shirley Bassey, (if Bassey was fond of eye-popping psychedelic creations that is), the impressive script is comedy gold, while Ryan Owen as Tommy The Cat is a purr-fectly wonderful mixture of hyperactive joy and kinetic energy. His starring role in delivering the funniest rendition of 12 Days Of Christmas you will ever witness, has to be seen to be believed.

Lee Gilbert as King Rat, the villain of the piece out to thwart Dick Whittington’s ambitions of becoming Mayor Of London - ably abetted by his snidey sidekicks, excellent ensemble players Jennifer Ruth-Adams and Andrew Phillips - is a dastardly hybrid of the best panto villains of yore,
Ryan Owen as Tommy the Cat and Maxwell James as Dick Whittington

Meanwhile, dashing Dick Whittington - played with chivalrous apomb by Maxwell James and the elegant Joanna Lucas - as Alice Fitzwarren, are the star-crossed lovers who turn adversity into happy-ever-after.

You can thank me later. Oh yes you can. (Sorry).

You can still book tickets for this magical treat - just click here to book your performance.