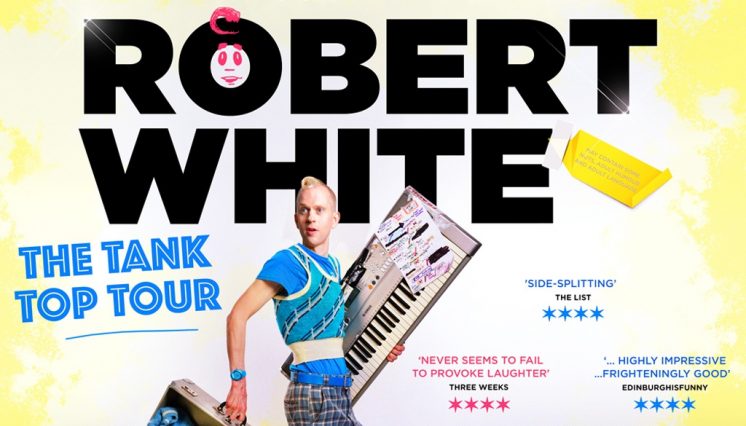 This event has ended

Robert wowed the judges and viewers alike with his fast-paced comedy routine when he came second on this year's Britain's Got Talent.

He is the only gay, Aspergic, quarter-Welsh comic on the British comedy circuit. Known for his brilliant timing and performance style, Robert’s chaotic stage presence, improvisational skills and delivery won him the Malcolm Hardee Award for Comic Originality.

His Edinburgh Fringe shows regularly impress critics and audiences alike, winning the hearts of the British public and his hilarious routines have received over 6 million views on YouTube!

"You're very unique, you're very quirky, very funny, very naughty, Robert, which we like!" Simon Cowell

"A monumental achievement...Robert White should be the biggest comedy star on TV today " Mumble Comedy

May contain adult humour and language – recommended for ages 16+