presented by Flying Bridge Theatre Company and Seabright Productions in association with Pleasance and Newport Live.

Stephen Macdonald’s Fringe First winning play about the unique friendship between celebrated World War One poets Wilfred Owen and Siegfried Sassoon. They met at Craiglockhart Hospital in 1917, and bonded over a mutual hatred of war and love of poetry.

This production won a Best Actor accolade at the Wales Theatre Awards for Daniel Llewelyn Williams, who reprises his role here as Sassoon. The show is on the first part of a world tour commemorating the centenary of both the meeting depicted in the play, and of the Armistice. The show is presented by acclaimed Welsh company Flying Bridge and Olivier Award winning producers Seabright Productions.

‘Recreates the Great War as tangibly as if the theatre had filled with the smoke and stench of the battlefield. Compelling and superbly performed.’ British Theatre Guide 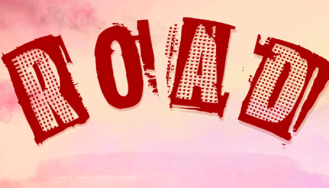