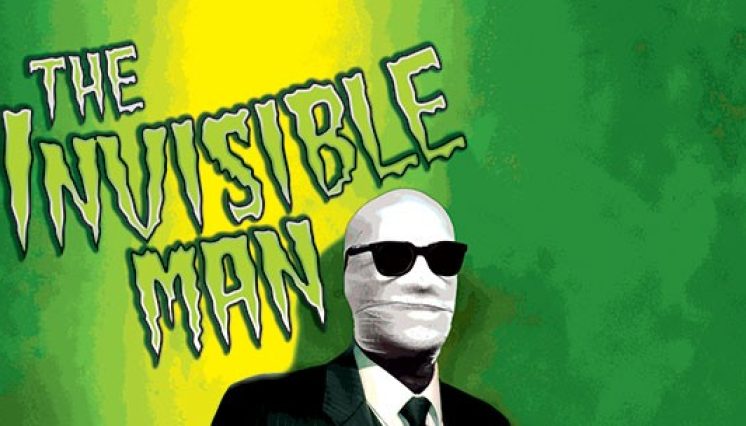 Black RAT Productions are back in theatres at last and to celebrate they have created a wonderfully original take on HG Wells’ classic sci-fi horror.

The very small workforce of the Aberllanpencwm Workingman’s Hall, which doubles up as bingo hall and cinema, are welcoming audiences excited for a screening of the newly released Invisible Man. Due to technical difficulties the cinema employees are forced to tell the tale themselves. Events unfurl and strange things begin to happen. Are they simply coincidences or as a result of the invisible man himself?!

Performed by an incredible cast of four and with plenty of audience involvement, this new production is packed with physical comedy, song, improvisation, magic and illusion in this re-telling of the HG Well’s classic brought to life in typical Black RAT style.

Supported by Arts Council of Wales